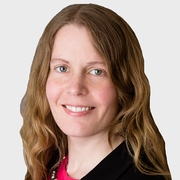 Diane Harpell represents the Pharmacy Association of Nova Scotia (PANS) on the CPhA Board of Directors. Diane is a proven seasoned leader in the pharmacy industry. She has held positions of increased levels of leadership. Diane is currently the Director of Pharmacy Operations for Nova Scotia and Newfoundland with Loblaw Companies Limited (LCL). In this role, she is responsible for the performance of more than 20 pharmacies. Diane is also Vice Chair of the Pharmacy Association of Nova Scotia (PANS) where she works on advocacy through various efforts including project work and media appearances. Diane sits with the PANS Economic Committee and the Drug Evaluation and Alliance of Nova Scotia (DEANS) committee. Previously, Diane has led Dalhousie Continuing Pharmacy Education, worked as Pharmacy Specialist with Sobeys, and acted as Regional Pharmacy Recruitment Manager for LCL amongst other roles. Diane graduated from pharmacy at Dalhousie and has an MBA from Saint Mary’s. Diane is from and lives in Nova Scotia; she is married to Matt and is mom to Leo and Temperance.