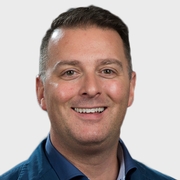 Dennis Abud represents the New Brunswick Pharmacists Association (NBPA) on the CPhA board of directors and has served on the NBPA board since 2002. Dennis obtained his Bachelor of Science degree in Biochemistry from Université de Moncton in 1996 and received his BSc  Pharmacy degree from Dalhousie University in 2000. Dennis served as a board member of the New Brunswick College of Pharmacists from 2000 to 2002 and was also was the president of NBPA from 2008 to 2010. He is a board member of the Fondation CHU Dumont Hospital Foundation. From 2000 to 2004 Dennis worked as a staff pharmacist in various New Brunswick pharmacies before taking over Jean Coutu Pharmacy in Dieppe, NB. He opened a second location in Dieppe in 2013.