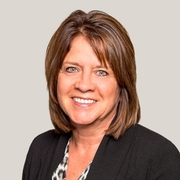 Annette Robinson represents the British Columbia Pharmacy Association (BCPhA) on the CPhA Board of Directors. Elected to the Board in 2018, Annette is a CDE and Insulin Pump Trainer who has  been recognized for embracing expanded scope by receiving the Rexall Clinical Services Award (2011) and the Nycomed Magnum Opus Award (2010). She has been involved in a variety of important initiatives,  including BCPhA’s Working Groups on Diabetes, Pharmacist Immunization, and MAiD, and was a former appointee as CPhA’s Diabetes Champion for BC. She is also a member of the NPAC Caucus for BC and the Chain Drug Association of BC, as well as the College of Pharmacists’ Disciplinary Committee. Annette has been a community pharmacist for 34 years. She is currently a Pharmacy Specialist for the Pharmasave Pacific Region, where she is committed to being a strong and understanding voice for the profession of pharmacy, advocating for expanded scope and practice change.